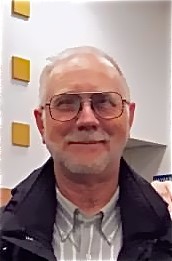 Sunday, May 17th 2015, marked Max Liby's 45th year in the salt industry. He started working in the salt business 45 years ago, after leaving the teaching profession. He began with Interpace Corporation mining volcanic ash near Mankato, Kansas. Interpace also owned Carey Salt, and when the Mankato project was closed, he was offered a position at Carey Salt in the Quality Control Laboratory where he eventually became the Quality Assurance Manager. Max spent 10 years in quality assurance, and when Interpace sold Carey Salt to Canadian Pacific Corporation he became the salt mine manager. Max remained the salt mine manger when Carey Salt was purchased by North American Salt in 1988, and also when it sold to the Larry Bingham family, of Baxter Springs, Kansas in 1990. In August of 1990, the name of the mine was changed to the Hutchinson Salt Company. Max retired as Mine Manager of Hutchinson Salt in December 2009. He is presently managing Hutchinson Transportation Company, an industrial railroad which is also owned by the Bingham family. Hutchinson Transportation Co. services Hutchinson Salt and Siemens Wind Power.