Hutchinson Salt Company has been featured on History Channel's "Modern Marvels", Discovery Channel's "Dirty Jobs" and has also had a documentary video done about the history of our company. 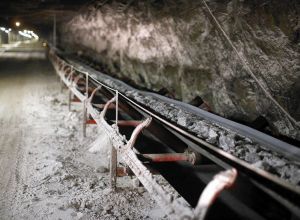 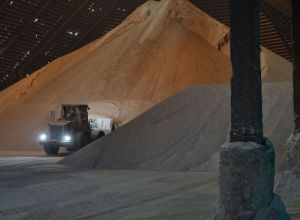 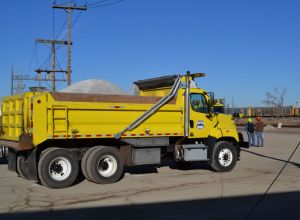 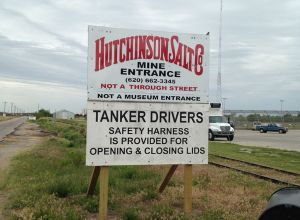 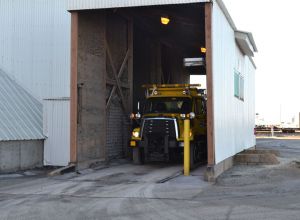 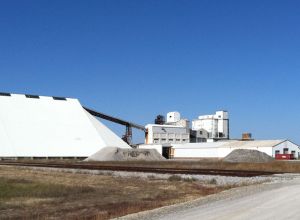 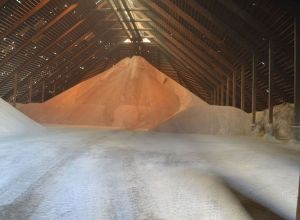 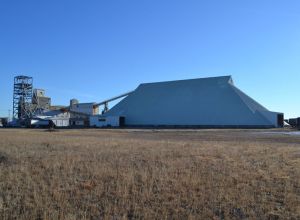 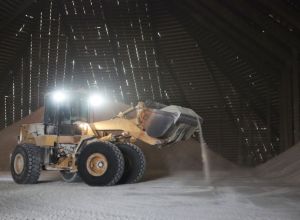 Salt mine becomes first to use B100 biodiesel

"It is midnight on Thursday, June 12. While the town sleeps, Hutchinson Salt Company Underground Crew Chief Eric Price is hard at work with co-worker Randy Ray doing a weekly mine shaft inspection; tightening bolts, checking for rotting wood, and removign big rocks of salt. Vital to the salt mining operation, the shaft hoists the salt from 650 feet below in two 4-ton skips to be made ready for sale. Afterwards, Price does his daily mine inspection where he checks the balst area, makes sure there is no loose material hanging from the ceiling, checking for hazardous gas levels, and repairing broken belt lines. Machine maintenance, phone calls, and checking in with his crew conclude his day after assuring himself the mine is safe." (Calvin Mattheis/The Hutchinson News)


LET'S HEAR IT FOR SALT

Salt in the shaker, salt in the sea
There's so much salt, it's practically free
We mine it from caverns for all sorts of uses
On ice-covered streets, in vegetable juices

Cows like it, kids like it, bartenders too
If we didn't have salt, what would we do?
We might slide in the street or sink in Salt Lake
Stop eating popcorn, stop eating steak

We wouldn't have dolphins or swordfish or whales
We wouldn't have starfish or lobsters with tails
Those creatures need salt, they can't live without it
And we need it too, there's no doubt about it

Judge: Alan Kleiman has a chapbook, Grand Slam, available from Crisis Chronicle Press on Amazon. His poetry is in Verse Wisconsin, The Criterion, Right Hand Pointing, Contempory American Voices, and The Montucky Review. His poems are in anthologies published by Fine Line Press and Red Ocher Press, He lives and works as a lawyer in New York City.